LISBON, PORTUGAL - Media OutReach[1] - 24 September 2019 - The role of women in business has gained much attention in recent years, and on 23 September Lusophone countries will gather in Lisbon, Portugal, and discuss the topic in their countries. 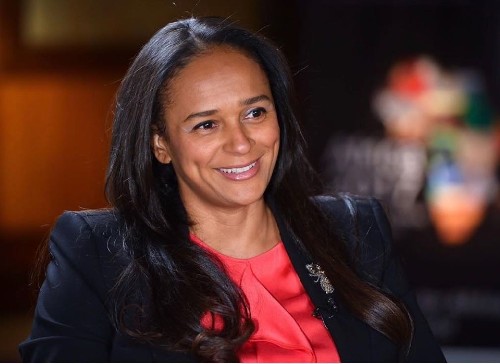 Africa's most successful businesswoman Isabel dos Santos will be in attendance, both as one of the continent's female success stories and as a fierce advocate for the role of women in the economy. She will speak on a panel discussing innovation. Another two panels discussing internationalization and mobility will also be held.

The International Forum on Mobility and Innovation will be hosted[2] by the Community of Portuguese Language Countries (CPLP), and will discuss how best to promote the role of women in CPLP economies and promote them into leadership positions.

The forum, organized by CPLP Federation of Women Entrepreneurs, will be attended by over 200 individuals from the community's nine CPLP member states, as well as from observer countries. Dos Santos, a native of Angola, has extensive investments both in Portugal and other CPLP countries.

The CPLP Federation of Women Entrepreneurs was founded in 2016. Other female participants in the forum include: aviation businesswoman Marianela Mirpuri[3], president of the Cape Verdean Businesspeople Association Ana Denise Lima Barber, and Rita Nabeiro, CEO of Adega Mayor[4].

Isabel dos Santos will also be speaking at the third annual Bloomberg Global Business Forum[5] in New York on 25 September. That forum will discuss restoring global stability in the midst of environmental and economic instability. Leaders will explore how global partnerships and international investment can both prevent climate change and promote free trade.

Authors: The International Forum on Mobility and Innovation 2019