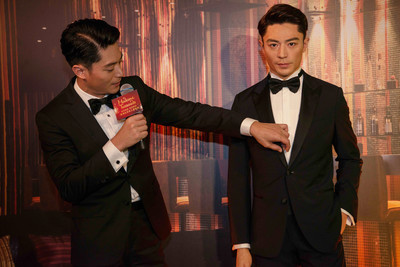 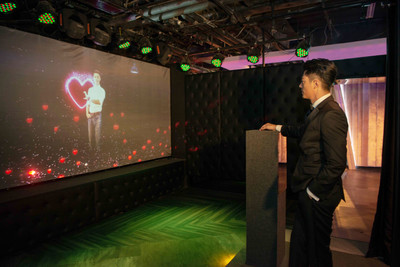 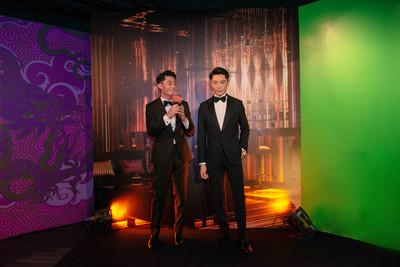 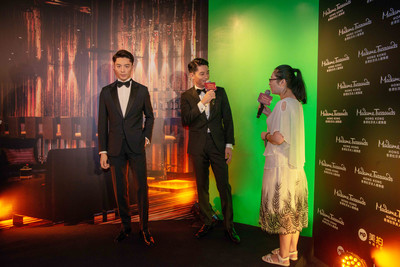 Dressed in the same Hugo Boss tailored suit, Wallace's figure looks just as fondly as Wallace himself. During the event, Wallace tried different roles to take pictures with his figure, breaking through his serious image in the past. Besides, Wallace also officially introduced the first hologram in Madame Tussauds and unlocked a new interactive wax experience in the famed attraction at The Peak. Wallace revealed that he wishes to present a "different Wallace" through the hologram and thanks all the fans for supporting him. Fans around the world also enjoyed the live event on all the official social media platforms.

Being the world's first actor to undertake a personal hologram, Wallace exchanged his ideas with team and tried different styles during the filming. He also requested to change the outfit and added more interactions. "I never thought that I would have a chance to interact with my fans in another way apart from wax figure. It will definitely make the experience more interactive and closer with each other. It is worth doing," Wallace said.

Debuted in drama Star (2002), Wallace became famous by playing a supporting actor in the drama At Dolphin Bay (2003). He starred in many anticipated drams include Perfect Couple, Battle of Changsha, Chinese Paladin 3, Love Me if You Dare and Ruyi's Royal Love in the Palace. He also served as many brand ambassadors for Greater China. Wallace's figure and his personal hologram will be housed in "Hong Kong Glamour" zone.

Designing the Digital Future at Porsche with Executives Mattia...

BOULDER, Colo., Sept. 17, 2021 /PRNewswire-AsiaNet/ -- - Attendees of the online 2021 Global SAFe Summit will learn how one of the world's most iconic automakers is reimagining the sports c...

LIVERPOOL, England, Sept. 16, 2021 /PRNewswire-AsiaNet/ -- New "Goals for Change" partnership to focus on sustainability, health and opportunity for underserved youthSC Johnson, the maker of...