SINGAPORE - Media OutReach[1] - 16 November 2018 -When you ask any millennial consumer, what is their biggest worry living in this era, most would tell you money or a lack thereof is their first and foremost reply.  As the costs of living rises every day in Singapore, the younger generation are turning to deals and promotions platforms to reduce their spending. These platforms usually provide vouchers and deals that allow them to purchase goods and services at a discount, leading to bigger savings. 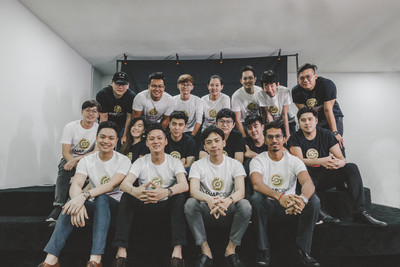 23-year old graduate from Singapore Institute of Management, Stanley Chia De Xian, realized that although there are many competing platforms in the market, they do not really cater specifically to the younger crowd.

The biggest difference between SnapCoin and other deals and promotions platforms are consumers only need to spend as low as 50 cents to purchase a deal, with the remainder being paid only when they are ready to redeem it. This method of redemption appeals to the young and savvy crowd as they are more meticulous when it comes to their expenditure.

Stanley shares, 'The idea for SnapCoin was born during a chance encounter. A friend of mine was complaining that she was unable to get a refund for an expired deal which she had purchased earlier. This got me thinking that a number of people actually suffer the same fate, of impulsively buying deals which they end up not having the time to enjoy as they fail to redeem it within the given time frame.

The team behind SnapCoin decided to create a mobile app to address this problem. To use the app, customers will have to purchase SnapCoins and use it to redeem the deals. After purchasing a deal on the app, all they will need to do is to show it to the merchant when they head down to the retail outlets and they will be able to enjoy the promotion stipulated.

An added benefit of this application is that SnapCoin does not charge any commissions or interfere with the payment process between customers and merchants. "I have friends and families who are merchants themselves and thus can empathize with merchants who wants to keep things simple." This further allows both parties to benefit without having to pay a third-party transaction fee.

The heart of the matter

A pen, a blank notepad and a group of likeminded individuals was all it took to start this venture. Like other bootstrapped entrepreneurs, they fondly recall countless sleepless nights in the office, eating cup noodles, and occasionally sleeping on the floor after burning out. 'It was a BMT for business,' laughs Stanley, '80% of our initial ideas were replaced and everything that remained were adaptations.'

SnapCoin currently has 500 merchants onboard and are optimistic about their growth going into 2019. Initially a team of 4, they have grown exponentially to a current count of 24 now, mostly made up of millennials themselves. Through prioritizing user and merchant experiences with the platform, the team is starting to see their results materialize which is proving to be crucial as some took the plunge joining with lower salary and job instability.

The dream team at SnapCoin has huge plans for the future. 'We're thinking of including a loyalty system in our app that will help merchants manage their loyalty programs while helping customers save more. It's a natural fit,' Stanley adds. Such a system would reward users who make repeated visits to a merchant, allowing them to gain additional discounts or unlock freebies for their loyalty. At the same time, merchants will be able to access analytics and statistics for their customers.

For more information, do head over to www.snapcoin.sg[2] to find out more.