SINGAPORE - Media OutReach[1] - 22 October 2020 - Six years ago, the MediaCorp Ah Jie Zoe Tay unveiled her wax figure at the grand opening of Madame Tussauds Singapore[2] and today, she unveiled a new restyle for her wax twin.  The figure originally created in 2014, is now wearing the look of Star Search Finals 2019, proudly sponsored by Versace. 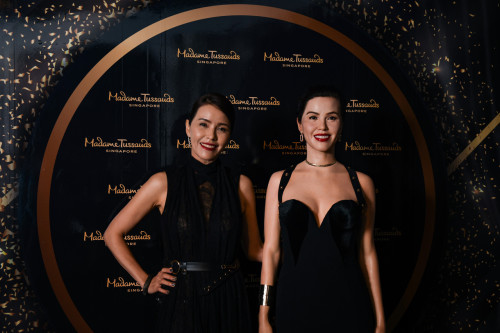 Besides seeing her restyled figure for the first time, Zoe also got her hands on a newly launched experience at Madame Tussauds called "Behind The Magic" where she tried out wax shaping, oil painting and hair insertion!

"When Madame Tussauds reached out to me if I would like to change the look of my twin, I thought why not, and decided to go for this timeless look! I remember the sitting very clearly and how meticulous the wax making process was. It was a great surprise that I actually could get my hands on a small bit of the process of making a wax figure. It was unreal to see how hairs are actually inserted, it was definitely an eye-opening experience!" said Zoe Tay. 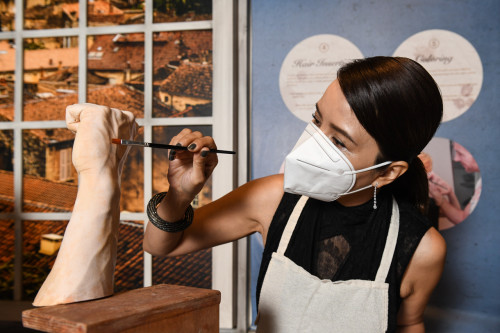 Behind the Magic is a new experience and can be booked online at Madame Tussauds' website Plan your trip in advance and use the SingaporeRediscover vouchers from December onwards. The attraction is certified SG Clean, so it is a safe place to visit. Madame Tussauds Singapore is based on Imbiah Lookout -- Sentosa.