SINGAPORE - Media OutReach[1] - 15 September 2020 - COVID-19 is still on everyone's lips, but the show must go on. With digital services becoming more and more accessible, and affordable, even in developing countries, the sports business has demonstrate it can still thrive despite the lack of personal engagement with live attendance.

With the above in mind, Singapore-based REBEL Fighting Championship[2] (REBEL FC) reaches a step closer to its planned Mixed Martial Arts (MMA) reality show in China by welcoming yet another top executive to its already formidable sponsorship team. Wicky Wang, previously of City Football Group (CFG), joins REBEL FC as senior sponsorship manager to boost its prospects of getting partners onboard for the reality show. CFG is best known for its ownership of the successful English football team, Manchester City FC.

For more detailed information on Wang and Channel Fight, please read the following sections over the next few pages. 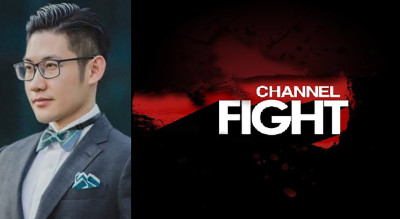 Hot on the heels after the recruitment of sponsorship director, Vivian Xia, previously of The Nielsen Company, and Ophelia Yao, sponsorship manager, formerly of IMG, REBEL Fighting Championship (REBEL FC), a dynamic fightainment company, has now added more stardust into its fold with the appointment of senior sponsorship manager, Wicky Wang.

"It is very heartening to have someone from an illustrious sports property join our promotion. It shows that what we are doing for fightainment -- competitive MMA matches with flair and elements of storytelling, and to introduce MMA into the mainstream in arguably the biggest sports market in the world as well as the birthplace of martial arts, China -- has resonance with key people in the sports and entertainment industries," explains REBEL FC CEO, Justin Leong.

"While working with the biggest football clubs in the world under CFG is something that I can be proud of, working with REBEL FC to turn its vision of making MMA a mainstream sport into reality in China is a once-in-a-lifetime opportunity," says Wang.

"Just like how the English Premier League (EPL) exploded in China in recent years, with China's widely watched streaming platform, PP Sports, sealing another three-year copyright cooperation with the EPL in July of last year on top of their first three-year deal with EPL signed in 2016 worth 650 million USD, I believe REEBL FC, with its goal of bringing martial arts home by developing local MMA talent via the reality show format that is wildly popular in China, will be able to have a similar impact the EPL has in the country," adds Wang.

REBEL Fighting Championship (REBEL FC) of late has been focusing intensely on its MMA reality show plans in China as well as recruitment of top sponsorship talent from The Nielsen Company, IMG and City Football Group. This is in line with its vision of growing MMA as a mainstream sport in China.

On the international front, the promotion is also hard at work in expanding its brand name to international markets and its partnership with Channel Fight, a popular UK-based Video-on-Demand service showcasing mostly combat sports shows, martial-arts oriented instruction and fight action documentaries.

"While REBEL FC's vision is to make MMA a mainstream sport in China, it still retains an international flavour with fighters around the world being matched against Chinese talent in our live events. Hence we are also devoting time to create awareness of the brand in overseas markets. Doing this would also give our China-born budding MMA talent and stars a global stage to shine," explains REBEL FC CEO, Justin Leong.

"We are very pleased to welcome Rebel to our global entertainment and instructional platform dedicated to martial arts combat, training, fitness and lifestyle content. REBEL FC's fightainment model of blending quality fights and dramatic elements is an excellent fit with our target audience," elaborates  Peter Ruppert, Co-Founder of Channel Fight.

SINGAPORE - Media OutReach - 29 September 2020 - The economic impact of COVID-19 has pushed unemployment rates to the nation's highest in more than a decade and is expect...

GVN's Top Virus Experts Meet Together To Identify Most Promisi...

Trump vs Biden I: Betting Markets Give it to 'Not-So-Sleepy Jo...

LONDON, Sept. 30, 2020 /PRNewswire-AsiaNet/ -- Joe Biden, the Democratic candidate for the U.S. presidency, won support from the betting public as he withstood a hail of bluster and interjec...

GUANGZHOU, China, Sept. 30, 2020 /PRNewswire-AsiaNet/ -- On 15 September 2020, the 75th session of the UN General Assembly was opened. World leaders called for efforts to achieve the Sustain...

Spielwarenmesse 2021 in Nuremberg to take place in summer for ...