Hong Kong Wine & Dine Festival 2018 will be held from 25 to 28 October. Extending its reach from Central Harbourfront Event Spaceto Tamar Park, the venue size for this year's Festival will be 20% larger than last year's, andthere will be about 450 booths serving fine wines and exquisite food, over 10% morethan last year. The event highlights are as follows:

The five visiting celebrity chefs are:

Every year, new elements are introduced into the Festival, and this year is no exception. The Festival aims to offer surprises in both its wineand food selections. Wine lovers will be impressed by the "Wine & Dine 10th Edition Specials" and "2009 Vintage". These two not-to-be-missed exclusive series are available only this year. Featured items include:

As for dining, two newly introduced zones, "International Street Eats" and "Coffee Fiesta" will bring new sensations to your taste buds. They feature special delicacies including:

Over $1 million worth of gifts to celebrate the 10th birthday

No birthday party is complete without live performances and birthday presents. During the four-day event, musicians and buskers will perform at the venue, and there will be live music performanceseach evening on the main stage. There will also be game sessions every day, withprizesincluding air tickets, wines, gourmet food and wine tokens, valuedat over $1 million. 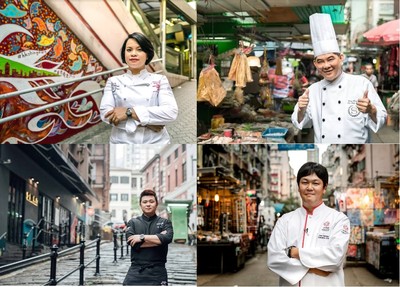 Michelin-starred chefs strolledthrough Hong Kong markets in search of inspiration for the banquet in the "Tasting Room". 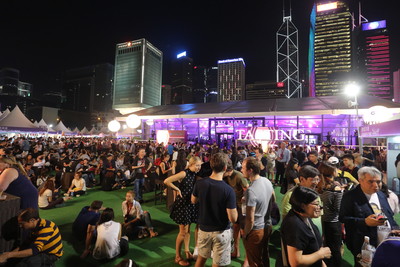 The 10thedition of the Hong Kong Wine & Dine Festival will be the largest ever.