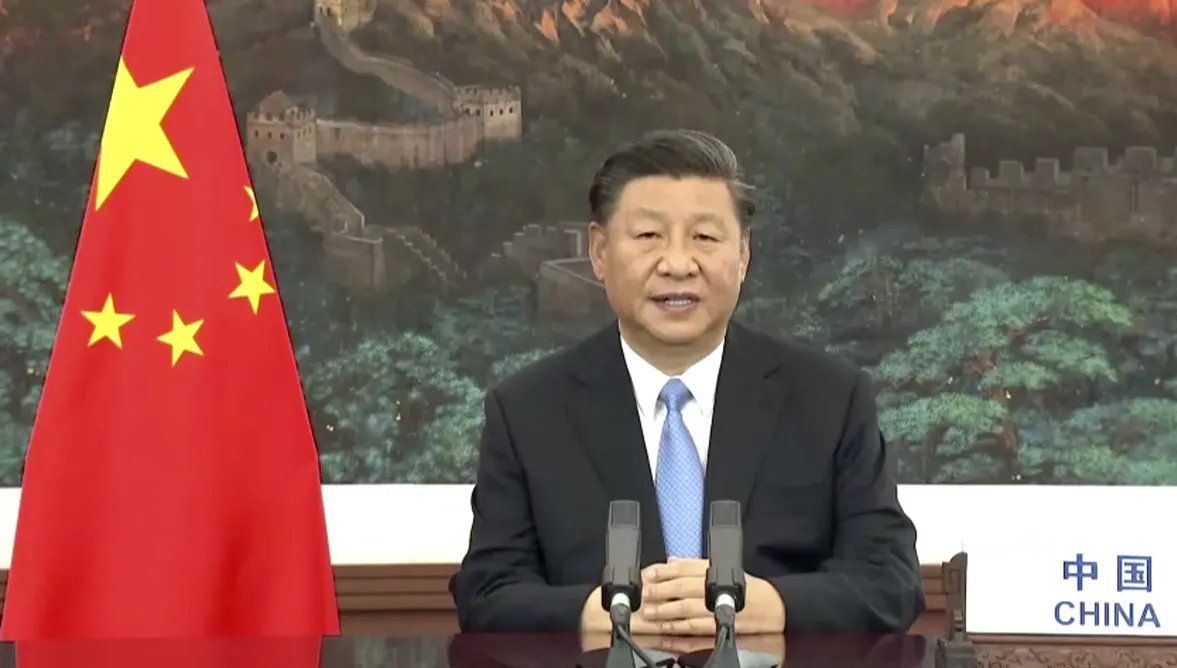 As the increasingly virulent anti-China rhetoric has made clear in recent months, China has not been very popular in countries like the US and Australia for its handling of the coronavirus pandemic.

But new research shows just how extensive China’s image problem is at the moment.

Recent surveys conducted by the Pew Research Centre show a majority of people in 14 advanced economies now hold an unfavourable view of China.

In nine of these countries, including the US, UK, Australia, South Korea and Germany, negative views of China have reached their highest level since Pew began polling in these countries more than a decade ago.

In Australia, 81% of respondents said they viewed China unfavourably, up 24 percentage points from last year, while in the UK, 74% had negative views of China, up 19 points.

Significantly, the survey suggests that perceptions of how China has handled the pandemic heavily influenced people’s views of the country.

As the pandemic has devastated economies and cost millions of lives around the world, it is understandable for people to feel resentment and anger towards China, regardless of whether it is reasonable or not.

Read more: The world has a hard time trusting China. But does it really care?

Moreover, these unfavourable views might persist for some time, because it is human nature to remember negative things more strongly and in greater detail than positive things.

However, these negative views of China might not be solely attributable to its handling of the crisis.

China’s diplomats have also become increasingly assertive in response to questions about the origins of the virus, pushing back with a so-called “wolf warrior diplomacy”.

The Pew survey should be a warning call for the Chinese government to reflect on its foreign policy practices, especially if China envisages pursuing more of an international leadership role in a post-pandemic world.

There are three lessons Chinese diplomats might want to consider.

The first lesson is that good diplomacy is built on mutual respect. And China can earn respect from the world through persuasion — not coercion and propaganda.

For example, an open letter recently sent to Indian media by the Chinese embassy in New Delhi regarding their coverage of Taiwan backfired spectacularly, with India’s Ministry of External Affairs saying

there is a free media in India, that reports on issues that they see fit.

It is true some foreign media have biased and even distorted reports about China. But instead of trying to censor reports they see as biased, Chinese diplomats should instead make counterarguments, ideally in the same media outlets. Let the audience make a judgement call.

The second lesson is diplomacy should be based on empathy, especially during the pandemic or a similar humanitarian crises.

China has attempted to demonstrate empathy by providing much-needed humanitarian assistance to other countries in the past, but how China conveys the messaging around this makes a big difference.

It is undiplomatic and ridiculous, for instance, to solicit praise and compliments from foreign governments after providing assistance, which is precisely what some Chinese diplomats have done during the pandemic.

China’s diplomats would be wise to keep in mind that humility is a respected virtue in traditional Chinese culture. And in international relations, soft power is more effective if it comes without strings attached.

‘When they go low, we go high’

The third lesson is about the art of diplomacy, which is, in essence, about government-to-government relationships between countries. Diplomats need to know what they should do, and more importantly, what they should not do, in order to maintain good relations with other countries.

For example, the Chinese ambassador to Sweden, Gui Congyou, has attacked the local media and public figures frequently because, as he put it, they “have a habit of criticising, accusing and smearing China.”

Gui has been summoned to Sweden’s foreign ministry more than 40 times in two years and several parties have called for him to be expelled from Sweden.

Ambassador Yang Wanming called it an “evil insult” and the embassy posited that Bolsonaro had contracted “a mental virus” while visiting the US.

China’s diplomats should understand that because of the differing political systems in other countries, it is sometimes normal for politicians and public figures to express controversial views concerning China.

How and when to respond is part of the art of diplomacy. Sometimes, a quiet, measured response is more effective than public tit-for-tat bickering.

This is not to suggest China should keep its head down when being bullied by other countries. A wise diplomat should know how to pick a fight with the right target at the right time. In addition, good diplomacy should be built on taking the moral high ground when possible.

Lessons for the West, too

These three lessons are not unique to China. The US image has also plummeted internationally due to the Trump administration’s handling of the COVID-19 pandemic, the Pew surveys show.

Australian diplomats might also find these lessons useful for repairing their country’s deteriorating relationship with China.

There is no small thing in diplomacy.

These days, a more sensible and even-keeled approach to diplomacy is what would be best for China, as well as the rest of the world — not more heated rhetoric.

This article first appeared in The Conversation and is republished with permission.

Afrobeats Singer, Davido, Unveils the Routes of Inspiration Be...

LONDON, Oct. 21, 2020 /PRNewswire-AsiaNet/ -- - Davido gives a glimpse into his creative process behind the making of his most recent album 'A Better Time', as part of the Routes of Inspirat...

TAIPEI, TAIWAN - Media OutReach - 20 October 2020 - The faux stone coating for buildings, a green product developed and manufactured by Aberdeen, has built a solid market base in ASEAN ...

REDWOOD CITY, California, Oct. 20, 2020 /PRNewswire-AsiaNet/ -- -- With Extensive Industry Experience and Customer Success Program Expertise, Simms Will Be a Significant Asset to Planful and...

Artprice by Artmarket.com: Condition of the Street Art market ...