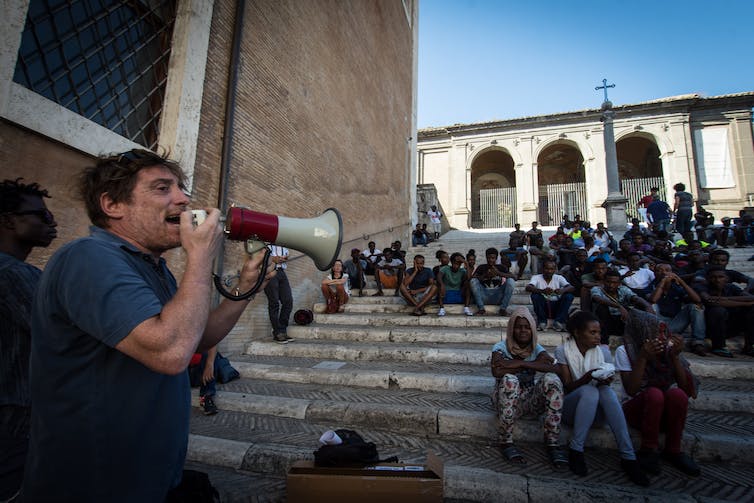 As many European countries welcome Ukrainians[1] fleeing war, recent charges against a migrant advocate in Rome offer a reminder that popular anti-migration sentiments[2] persist across Europe.

Costa and two volunteers with Baobab Experience faced up to 18 years in prison after they purchased bus tickets for African migrants trying to travel from Rome to Genoa in 2016.

An Italian judge dropped charges against Costa and his co-workers[7] on May 9, 2022, because the “crime was nonexistent[8].”

Migrant activists are celebrating the recent court decision as a victory for groups like Baobab that offer help to people in transit trying to find safety in Europe. But as a scholar[9] of Mediterranean migration and asylum in Europe, I think it is important to keep in mind that the smuggling allegation still sends a message that authorities in Italy – and across Europe – view providing humanitarian assistance as potentially criminal.

More than 1 million migrants[11] crossed the Mediterranean Sea in 2015, fleeing violence and political and economic instability in Africa and the Middle East in hopes of finding refuge in Europe.

Since 2015, migrants have continued to journey to Europe from other unstable regions, with Ukraine as the latest – and largest – displacement in Europe[12] since World War II.

In the meantime, migrant homelessness[17] increased across Europe.

In Italy, some migrants chose to live on the streets rather than stay in overcrowded reception centers[18], some of which had ties to organized crime[19].

European Union policy[20] mandates that migrants register their asylum claims in the country where they first enter the region. For many, their first stop was Italy, where migrants live in reception centers[21] while authorities process their claims. At these centers, migrants receive meals and basic aid, but they have limited options for working or for integrating socially while waiting on their cases. The asylum process is slow, and migrants can wind up living in reception centers[22] for two years while waiting to hear if they can get legal protection and stay in Europe.

In 2016, the health nonprofit Doctors Without Borders documented at least 10,000 migrants[23] living in informal settlements[24] throughout Italy.

The case in question

Through my research at migrant camps[25] and Italian migrant reception centers[26], I have observed how local nonprofits play an important role in meeting migrants’ basic needs when national and local governments fail to do so.

In 2016, Baobab Experience operated an unofficial encampment[27] in a street called Via Cupa in Rome, where homeless migrants could stay in tents, and where volunteers provided them with free meals, medical care and legal aid.

In October 2016, police closed down the camp, leaving residents without shelter. Rome’s reception centers were already overcrowded. Nine Chadian and Sudanese migrants who had been living in Via Cupa decided to travel to a Red Cross migrant camp[28] in Ventimiglia, along the French border.

Costa and two other volunteers purchased these migrants bus tickets to Genoa in October 2016. One volunteer accompanied them there and then farther west to the camp in Ventimiglia.

Italy’s Anti-Mafia Directorate, a national investigative body that combats organized crime and has handled cases related to trafficking in immigration since 2013[29], alleged that the ticket purchase constituted migrant smuggling. Rome prosecutors charged Costa[30] and his colleagues with aiding and abetting illegal immigration.

The aid workers earned nothing from the exchange, nor did they transport anyone across an international border. But under Italian law[31], investigators do not have to prove that someone profited off of migrants to charge them with smuggling.

In recent years, local and national authorities in France and Italy[32] and Malta[33] have brought criminal charges against groups providing humanitarian assistance to migrants.

Since 2017, for example, some nonprofit rescue ship crews who refused to sign[34] an Italian government recommended code of conduct[35] allowing armed police to board their vessels have faced charges of working with human smugglers[36].

This political shift has created a culture of uncertainty, where humanitarian assistance comes with legal risk. Other cases also speak to this trend.

Children were among the stranded migrants rescued by a search-and-rescue boat in French waters on May 9, 2022. Sameer Al-Doumy/AFP via Getty Images[38]

A moment in European politics

The acquittal of the Baobab Experience president and volunteers comes at a moment that has revealed contradictory ideas of who deserves refuge in Europe.

In early April, Costa and a group of volunteers returned from Moldova to Italy, bringing with them several people fleeing Ukraine. “We crossed five international borders … to the applause of authorities,” Costa said at an April 14 press conference[39].

A few weeks later, Costa’s 2016 bus fare purchase for migrants from Africa’s Sahel region risked landing him in prison, as the case had just reached a judge in May 2022.

Some migration aid groups are trying to highlight this discrepancy and hold national authorities accountable for policies that they say result in migrants’ dying.

Italian far-right politician Matteo Salvini, for example, faces federal charges of kidnapping in Palermo for his attempts to close ports to rescue ships[40] in 2019. Charges allege that Salvini’s “closed ports” policy prevented the Open Arms ship from bringing rescued migrants to safety, essentially holding them hostage at sea. Several migration[41] groups are serving as civil parties in the case against Salvini[42]. In Italy, civil groups can sign on to a criminal case to support legal charges.

Costa’s case now joins other recent court cases in Europe that involve rescue and humanitarian groups and have also resulted in dropped[43] charges.

In France, Cédric Herrou, a farmer charged with smuggling after he drove migrants across the border from Italy, was cleared of wrongdoing[44] in 2018.

Italy brought charges against German national Carola Rackete, captain of the Sea Watch rescue ship, but eventually dropped them. Rackete was arrested in 2019 after she entered Italian waters without permission[45] to disembark 40 rescued migrants in the port of Catania.

Cases like these give hope to migrant rights and aid groups. But the allegations still send a broader political message that not all assistance is welcomed.

Migrants themselves[46] are confronting extreme sentences[47] on smuggling charges. Rescue crews also face similar allegations[48] – meaning that European groups helping migrants continue to operate in uncertainty about whether they will be able to continue their work. 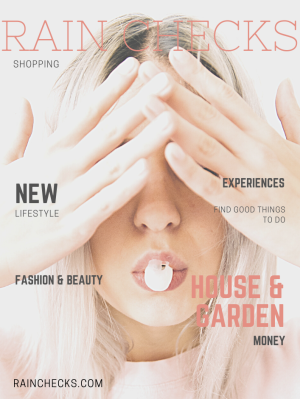 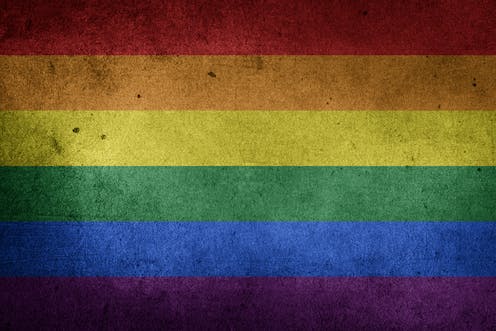 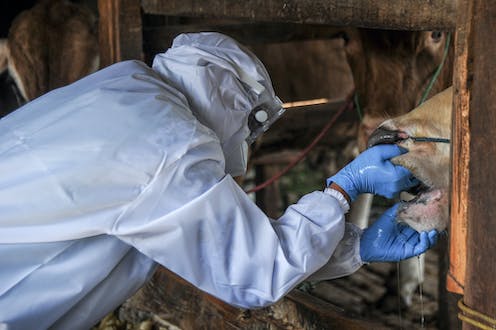 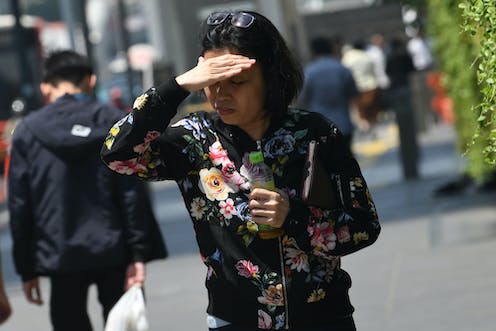