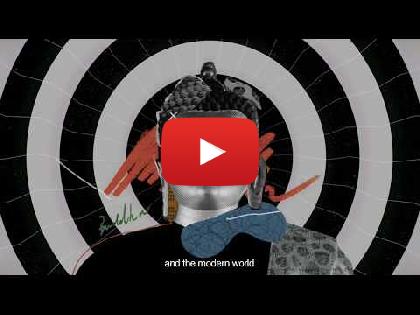 New York City - Media OutReach[1] - June 5, 2020 - 84000: Translating the Words of the Buddha[2], a global non-profit initiative to translate and preserve the Tibetan Buddhist Canon, is launching a video campaign to raise awareness around one of the world's largest and oldest collections of writings: With 230,000 pages locked within the fading Classical Tibetan language, the world is on the brink of losing access to a priceless archive of wisdom. This launch marks 84000's 10th anniversary.

In 2009, a conference[3] of the world's leading Tibetan Buddhist teachers, translators, and academics concluded that less than 5% of the Canon had ever been translated into a language spoken today. That 5% of writings has already offered the modern world much insight into the mind, human psychology, relationships, and ethics.

Since its founding, 84000 has awarded over US$6 million in grants to translation teams[4] around the world--from UCSB, Oxford, the University of Vienna, through to Rangjung Yeshe Institute (Nepal)--who work to decipher the Tibetan Buddhist Canon[5].

"The number of scholars who are both proficient in Classical Tibetan and trained to interpret this profound philosophy, is fast-fading," explains Huang Jing-Rui, 84000's executive director. "If we don't act now, imagine how much wisdom might be lost forever, locked within this ancient language."

In just ten years, 84000 has translated over 30%[6] of the sūtras. It has the endorsement[7] of all four major sects of Tibetan Buddhism, and continues to work with the support of some of the most learned, living teachers of the Tibetan Buddhist tradition.

This historic initiative makes freely available for the first time, primary-source material in English that is proving invaluable for international scholarship on Buddhist history, philosophy, and insight into the development and transfer of cultures across Asia. And 84000 continually integrates new technologies with its digital library[8] giving its readers access to multi-language glossaries, and source-text, bilingual reading ability. The translated Tibetan Buddhist Canon is made available freely to the public to enjoy.

The launch of this 3-min animation, voiced by award-winning, British actress Joanna Lumley[9], is accompanied by a weekend "Like and Share" campaignfrom June 5th (5am EST/5pm SG) till June 7th (5pm EST/June 8 5am SG). With millions confined to their homes, 84000 urges everyone to make their screen time count: With one click, help preserve the world's largest archive of wisdom.

"It's entirely possible that the survival of the Buddhadharma could depend on it being translated into other languages," notes the Founding Chair, Dzongsar Khyentse Rinpoche known for his long-sighted vision and innovation in an arena that still highly values conservatism. "By translating and making available the Tibetan Buddhist texts to modern people, a vast swath of Buddhist civilization and culture may be saved from annihilation."

Today's launch coincides with Saga Dawa, a day celebrated by Buddhists around the world to commemorate the Buddha's birth, enlightenment, and passing.

Authors: 84000: Translating the Words of the Buddha

LONDON, July 3, 2020/PRNewswire-AsiaNet/-- - A consortium of Her Majesty's Government (HMG) (through the UK Secretary of State for Business, Energy and Industrial Strategy) and Bharti Global...

9 in 10 Employees Say Lack in Data Skills Lead to Greater Challenges at Work, May Be Career Development Roadblock

92% admit to not achieving optimal productivity due to a lack of data skills 89% say that they face challenges at work as a result of not understanding data87% view their lack of data c...

LONDON, July 3, 2020, /PRNewswire-AsiaNet/-- The COVID-19 pandemic presents an unprecedented global challenge of protecting lives while also safeguarding livelihoods and communities. Only a ...

Neusoft Ranks Top in China Healthcare IT Solutions Market for ...

Xovis Multiplies Your Options in One Fell Swoop

Global Pandemic and Recession - 4ARTechnologies is the First S...

ZUG, Switzerland, July 2, 2020/PRNewswire-AsiaNet/-- Following the implementation of Apple recommendations, the Swiss company 4ARTechnologies launches the next version of the 4ARTapp, the ar...

SHANGHAI, July 2, 2020 /PRNewswire-AsiaNet/ -- With many countries seeking ways to offset the economic slowdown caused by the COVID-19 outbreak and foster fresh trading momentum, the China I...

SHANGHAI, July 2, 2020 /PRNewswire-AsiaNet/ -- It's more than 100 days away, but Rouen Sovannarith has been eagerly awaiting the third CIIE as he thinks CIIE will provide a powerful boost fo...