CHANTABURI, THAILAND/ BERLIN, GERMANY - Newsaktuell - Sept. 19, 2019 - The chain of disastrous events for elumeo SE, the operator of Juwelo TV, continues. Following questionable management by Wolfgang Boyé, Thomas Jarmuske and Bernd Fischer, for the past couple of years the company is in free downfall dragging the subsidiaries with them into the abyss. According to a decision of the Thai Labour Court dated September 12th, 2019, former PWK employees who have received neither salary nor statutory severance pay, may make use of the company's property (Case No. Ror 757/2662). The workers do now have the right to immediately enter the PWK premises, identify any and all assets and confiscate them to be sold at public auction. This means that the strategy of orderly liquidation advocated by elumeo at the Shareholder Meeting in August 7th, 2019 can no longer be implemented. Against this backdrop, the provisions of 7.7 million Euros should under no circumstances be sufficient. Further financial burdens are to be expected.

A Thai Labour Court has granted former employees of PWK Jewelery Company Limited the right to immediately enter the PWK premises, identify any and all assets and confiscate them to be sold to compensate them for unpaid salaries and severance payments. The employees had already demonstrated in front of the German embassy in Bangkok. PWK was no longer able to pay the salaries and the statutory severance payments after the German parent company elumeo SE had ordered and received jewellery through other subsidiaries for around 30 million euros, but only paid a fraction of it. Over 600 employees lost their jobs. The three German managers of elumeo, Wolfgang Boyé, Bernd Fischer and Thomas Jarmuske, are being investigated for fraud by the German public prosecutor's office and the Thai police authorities.

The elumeo management is currently in the midst of a violent storm of legal disputes: elumeo's management is criminally investigated for fraud, both in Germany and Thailand. Tens of million EUR lawsuits are filed against the company by SWM Treuhandgesellschaft AG, on behalf of elumeo's subsidiary and manufacturing arm PWK Jewelry Limited (Thailand). In addition to that, Kat Florence Design Limited sues elumeo SE for damages due to non-performance of contractual obligations. A former member of the Board of Directors has also brought actions against elumeo SE for unlawful resolutions of the Board of Directors passed forcefully by the Chairman Wolfgang Boye. Also Ottoman Strategy Holdings SA (OSH), major shareholder of elumeo SE, filed a lawsuit claiming deliberate untrue statements by Chairman Boye, in shareholder meetings and claims the nullity of, among other things, Ingo Stober's election to the board. A further lawsuit for the immediate appointment of a special auditor to investigate the actions of elumeo's management with regard to the situation in Thailand, possible unlawful tax reductions and the constantly deteriorating financial situation of the company is in preparation.

Last year, in December 2018, elumeo's management ordered the "solvent liquidation" of PWK Jewelry Company, without paying anything from its debt of more than 30 Million Euro for jewelry manufactured with bank loans in Thailand and exported to Germany. Furthermore, elumeo's management, instead of providing a coherent plan for liquidation to the PWK Management, demanded that PWK Directors should come up with a solution to the financial havoc created by the management of elumeo SE. They asked them to pay the salaries and creditors with supposedly "readily accessible liquidity" consisting among other things in company assets such as buildings which are under the mortgage from Siam Commercial Bank (Thailand), a VAT refund expected in several years' time or a remaining stock of unused leftover gems (most of them also unpaid to the suppliers).

This incapacity of elumeo to provide any solution to the huge financial gap created by them, led the unpaid workers of the PWK factory to seek their rights in Thai courts. On September 12, 2019, under Case No. Ror 757/2662, they were granted by the Thai Labour Court of Region 2 a Writ of Execution, appointing 488 former employees of PWK as the "execution officer to confiscate and sequestrate the assets of the Debtor", giving them the right to immediately enter the PWK premises, identify any and all assets and confiscate them to be sold at public auction.

This is an enormous blow to the elumeo group, because, together with the special requisition order already issued by the Thai government against PWK's land and building this will make any controlled sale of the company assets impossible, placing the company on an unstoppable and uncontrollable downfall, which could possibly lead to the insolvency of PWK or even of elumeo group. On the same time, one by one, PWK unpaid suppliers started to sue, led by the big diamond supplier Flawless and followed by the Thai supplier Bright Future. Many other suppliers, including the logistics and security international G4S company are not yet paid either.

In view of these last developments, elumeo groups major shareholder Ottoman Strategy Holdings (OSH is, again, demanding the immediate appointment of a special auditor to the group, in order to clarify the activities of the criminally investigated management led by Chairman Boye and executive directors Tomas Jarmuske and Bernd Fischer. The reluctance of other shareholders, especially Frankfurt Performance Management AG (FPM), represented by Raik Hoffmann, to agree to such an audit, while declare their support for a criminally investigated Chairman at elumeo's Shareholder Meeting is hard to comprehend for shareholders who are in favor of a special auditor.

The issuer is solely responsible for the content of this announcement. 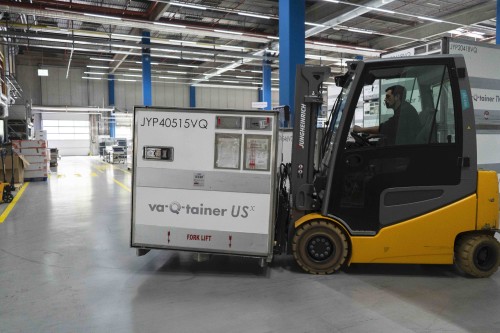