It’s not a moral decision, nor is it a decision that you should be terrified of making. It’s a way of clearing debt when there may be no other options available and they allow most people to make a totally fresh start.

If bankruptcy is an option you’re considering to help resolve a difficult financial situation, we’ve put a handy cheat sheet together to give you a quick overview of personal insolvency in Australia by numbers:

31,859 is the number of Australians who utilised the Bankruptcy Act between 2017 and 2018. This is the highest number recorded in eight years in Australia

26,849 is the number of non-business related personal insolvencies during 2017 and 2018. Contrary to popular belief, almost 90% of people utilising the bankruptcy act do so because of personal debts such as credit cards, unsecured loans, tax debts and shortfalls

16,811 is the number of people who became bankrupt in Australia last financial year

14,834 is the number of people who proposed a Debt Agreement (also known as a Part IX or a Part 9) in the last financial year

5,013 is the number of Queenslanders who became bankrupt last financial year – twice as many people when compared to Western Australians in the same situation

57% of people who went bankrupt in 2017 were men vs 43% women, meaning men are 14% more likely to become bankrupt than their female counterparts

3 years (and 1 day) is how long bankruptcy actually lasts for. After this period, you’re automatically discharged and released from your provable, unsecured debts. Most people are surprised that bankruptcy only lasts for a short period

As you can see from the numbers, people aren’t alone in going through personal insolvency. Often, our clients have spoken with people who impart inaccurate and untrue information around personal insolvency. There are a lot of myths out there including bankruptcy lasting forever or that your salary gets taken indefinitely. A lot of the time, this information is incorrect and, depending on your own personal situation, bankruptcy can be less severe than your peers may be telling you over a coffee.

In reality, the laws surrounding bankruptcy can be complex and every situation is very different. So if you’re thinking about Bankruptcy, we’d suggest you do your research and speak with qualified professionals – that way, you’ll be in a better position to make informed decisions on how to move forward.

John is a CPA with more than 14 years of personal insolvency experience up his sleeves. He’s also a manager at Aravanis, an award-winning registered bankruptcy trustee firm in Australia.

If you’re looking for a more comprehensive outline of bankruptcy see article, what is bankruptcy, or call 1300 369 108.

The Society For The Promotion Of Japanese Animation Announces ...

SANTA ANA, California, May 27, 2020 /PRNewswire-AsiaNet/ -- -- FREE Livestream Event to take place July 3 & 4The Society for the Promotion of Japanese Animation (SPJA) is thrilled to unv...

RHEINBREITBACH, Germany, May 27, 2020 /PRNewswire-AsiaNet/ -- Jennewein Biotechnologie GmbH today announces the publication of the latest results from its norovirus research program in the J...

LAUSANNE, Switzerland, May 27, 2020 /PRNewswire-AsiaNet/ -- ActLight, the Swiss technology firm known for its best in class signal-to-noise ratio photodiodes, announced today that it has sig...

Merck and Baylor College of Medicine Collaborate to Advance a ...

SAN FRANCISCO, May 27, 2020 /PRNewswire-AsiaNet/ -- With Network Traffic Surging and New Visibility Gaps, Kentik is "the Right Company at Exactly the Right Time" Kentik(R), provider of the l...

Chengdu is Becoming the Engine Driving Development in China

The Reverend Elvis Sings "Can't Help Falling in Love with You"...

BURLINGTON, Massachusetts and SYDNEY, May 27, 2020 /PRNewswire-AsiaNet/ -- -- Millions of phone banking customers benefit from fast, safe and simple verification process while removing the n...

HONG KONG, May 27, 2020 /PRNewswire-AsiaNet/ -- Less than a quarter of Asia Pacific consumers scored passing marks in a general nutrition knowledge quiz, with only four in 10 expressing stro...

Opengear Adds NetOps to Out-of-Band Management, With Launch of...

Zurich, Switzerland and Singapore, May 27, 2020 /PRNewswire-AsiaNet/-- - Acquisition establishes Barry Callebaut's direct presence and manufacturing capacity in Australia to cater for the Au... 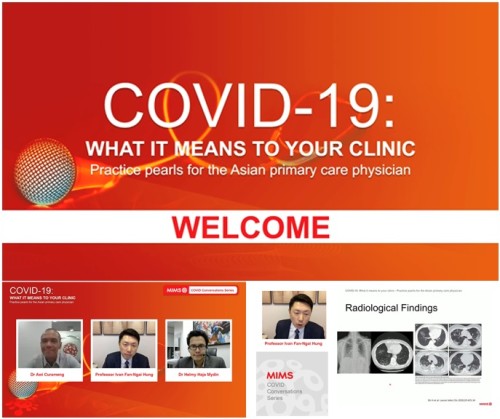 Online meeting sees the participation of 3,600 healthcare professionals from across Asia Pacific SINGAPORE - Media OutReach - 27 May 2020 - The MIMS Group conducted an on...