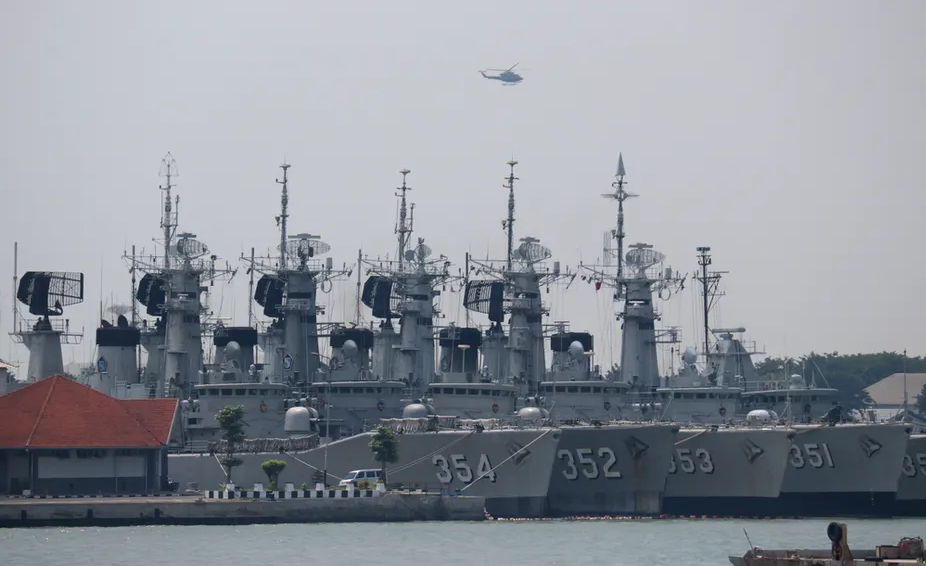 A recent report from the US Defence Ministry says China has likely considered a military base in Indonesia, among several other countries in Asia, Africa and the Middle East.

It is “very likely already considering and planning for additional overseas military logistics facilities to support naval, air, and ground forces” in the region, the report says.

There has been no official statement from Beijing yet, but Indonesia’s Foreign Minister Retno Marsudi responded by saying Indonesia would not become a military base for any country, in accordance with its foreign policy (which forbids it from taking any side).

Much is unclear. The US report doesn’t specify why China might be likely to consider making Indonesia a military base, and some say the report is baseless.

Whatever the case, there are two main reasons China might consider Indonesia a good spot for a military base — and several reasons Jakarta is right to reject the idea.

To secure the South China Sea

Firstly, China may be seeking to secure its interests in the South China Sea, the site of growing tensions.

As the tensions around the South China Sea grow, China has sought closer and stronger military ties with Indonesia.

Combined, this suggests Beijing seeks to strengthen its position amid rising tensions in the South China Sea. It has an interest in maintaining good military relations with Indonesia and in operating a military base there.

Earlier this year, Indonesia’s navy accused China of turning atolls (ring-shaped coral reef structures that encircle a lagoon) near the Natuna Islands into artificial islands for use as military bases.

Having a military base in the archipelago would help China if ever there was a military flare-up with either disputing parties or with the US, which has been strengthening its presence in the region to counter China..

To strengthen its overall presence

China’s presence in Indonesia has grown in the past decade, economically and culturally.

In the first half of this year, Indonesia’s the second biggest source of foreign direct investment (after Singapore) was China. In the first quarter of 2020, Chinese investment in Indonesia reached US$ 1.3 billion.

China has also expanded its cultural efforts through various events and initiatives, and established Confucius Institutes across Indonesia.

After expanding its influence economically and culturally, China is likely hoping now to strengthen its military presence in Indonesia.

As the largest nation in Southeast Asia, and one without a US military base, Indonesia could be seen by Beijing as a crucial gateway to expanding military influence in the region, and to balancing American military presence in Southeast Asia.

The right response from Indonesia

Indonesia is right to reject the idea of a Chinese military base in within its borders.

ZOPFAN is the Zone of Peace, Freedom, and Neutrality created in 1971 with the agreement of five ASEAN countries — Indonesia, Malaysia, the Philippines, Singapore and Thailand — to limit foreign interference in the region.

Moreover, Indonesia upholds a “free and active” foreign policy, which refers to Indonesia’s decision to refrain from aligning itself with any global superpower.

Indonesia must no let its growing economic dependence on China affect this principle. And if the recent US report is to be believed, it seems China also needs Indonesia — not only economically but also for security reasons.

Galeries Lafayette signs an agreement to open a third store in...

PARIS and GUIYANG, China, Oct. 23, 2020 /PRNewswire-AsiaNet/ -- After opening two emblematic stores in Beijing and Shanghai, Galeries Lafayette continues to expand in China and announces the...

CHONGQING, China, Oct. 23, 2020 /Xinhua-AsiaNet/-- The Yubei District of west China's Chongqing Municipality is a place where one can feel like at home and connected with the outside world. ...